The ALICE HMPID is based on proximity focusing Ring Imaging Cherenkov (RICH) counters and consists of seven modules mounted in an independent support cradle, which will be fixed to the space frame, at the two o’clock position. 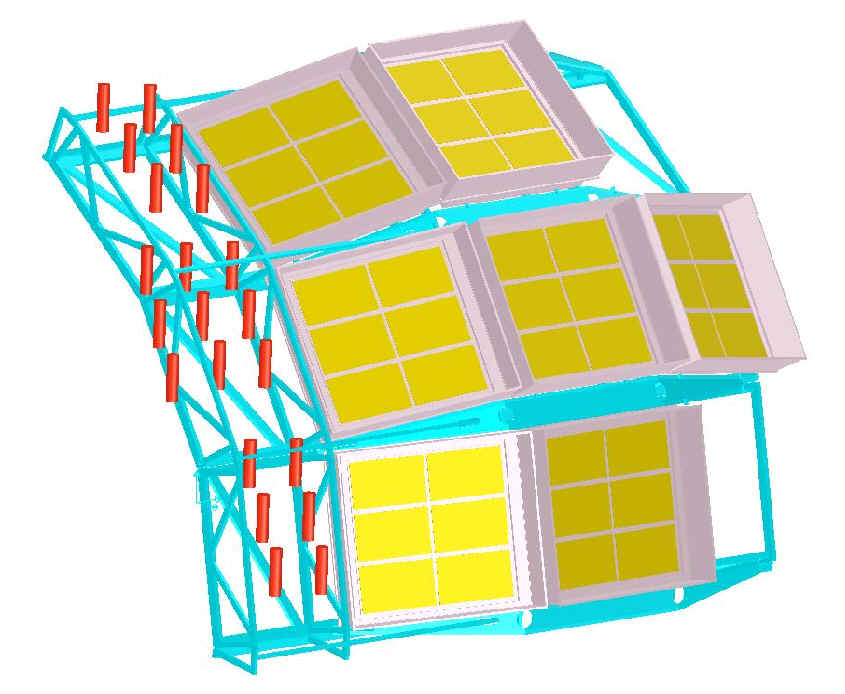 Cherenkov photons, emitted when a fast charged particle traverses the 15 mm thick layer of liquid C6F14 (perfluorohexane), are detected by a photon counter, which exploits the novel technology of a thin layer of CsI deposited onto the pad cathode of a multi-wire proportional chamber (MWPC). The HMPID detector, with its surface of about 12 m2, represents the largest scale application of this technique.

The Cherenkov photons refract out of the liquid radiator and reach the CsI-coated pad cathode, located at a suitable distance (the `proximity gap`) that allows the contribution of the geometrical aberration to the Cherenkov angle resolution to be reduced. The electrons released by ionizing particles in the proximity gap, filled with CH4, are prevented from entering the MWPC sensitive volume by a positive polarization of the `collection` electrode close to the radiator.

Cherenkov rings in the HMPID proto-3 (64x40 cm2, 1/6
of an HMPID module). The colour coding represents the
signal induced on the pads.